NEWS DETAIL
You are here: Home » News » Industry News » How to design the lighting of the multi-functional gymnasium, and which lamps should be equipped?

How to design the lighting of the multi-functional gymnasium, and which lamps should be equipped?

How to design the lighting of the multi-functional gymnasium, and which lamps should be equipped? Nowadays, many gymnasiums are not only places for sports activities, but also take care of stage use such as cultural evenings, performance celebrations, opera performances, drama performances, and festivals. So the lighting in the multi-functional gymnasium is especially important. The lighting system must have the characteristics of advanced performance, high degree of standardization, safety and reliability. The equipment is all high-quality, high-performance, high-reliability, durable and effective equipment to ensure that the system meets the design requirements and operates safely.

1. The stage lighting of the stadium should adopt lamps with color temperature of 3200K and 5600K, which can meet the shooting requirements of SD and HD cameras; 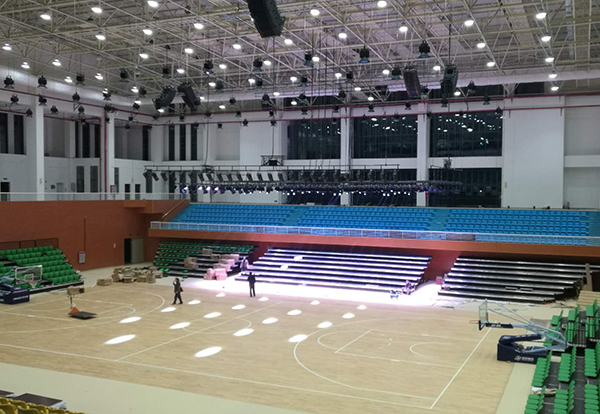 The surface light is installed in the auditorium at the top of the dance floor outside the stage. The light is projected on the front area of the stage from the front, and plays the role of frontal lighting on the characters on the stage, which is used for character modeling or makes the objects on the stage present a three-dimensional effect. Vangaa lighting 200WLED imaging light or 350WLED spotlight can be used.

The role of the side light is to create a sense of direction of the light source from the side of the stage, and to create a level and three-dimensional sense for the actors in the main performance area. It can be used as an auxiliary lighting to illuminate the face of an actor, and can strengthen the level of the scene, and render the characters and the stage space environment. Vangaa lighting 200WLED spotlight can be used. 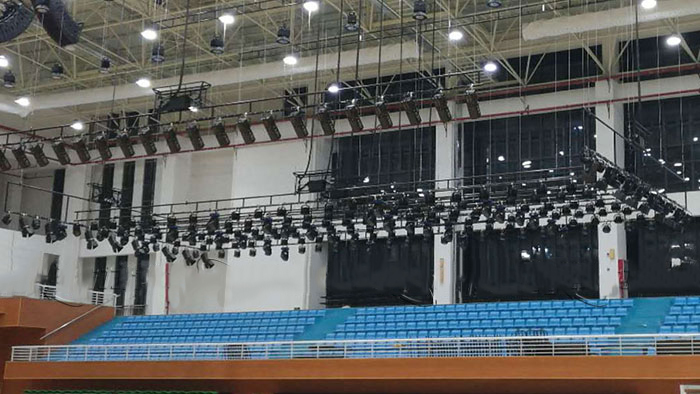 The top light is the light projected from the top of the stage to the stage. It is divided into a row of top lights, two rows of top lights, and three rows of top lights from front to back. It is mainly used for stage general lighting to increase stage illuminance, and there are many sceneries and props. Fixed-point irradiation. Vangaa lighting LED par light and LED flat panel soft light can be used.

Backlight: It is the light projected in the opposite direction from the inside of the stage to the outside. It can outline the outline of characters and scenery, enhance the sense of three-dimensionality and transparency, and can also be used as a specific light source. The performance effect lights are mostly installed in the backlight position, which can enhance the lighting of the characters and the scenery space at the back of the stage. The front and rear rows of lights are connected to make the stage performance area obtain a more uniform color and brightness. Liming Optoelectronics LED Par light and LED spotlight can be used. 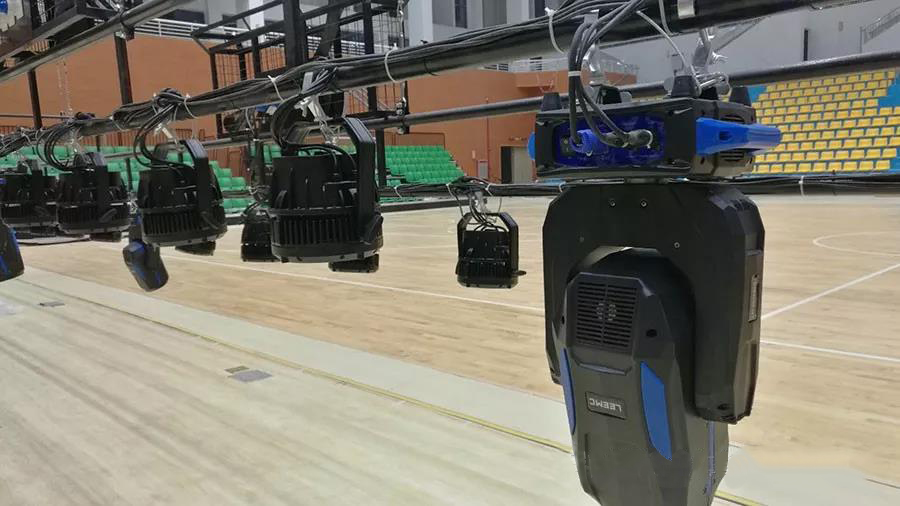