English
简体中文
NEWS DETAIL
You are here: Home » News » Industry News » The stage lighting design of the multifunctional hall with both meeting and performance

The stage lighting design of the multifunctional hall generally refers to meeting various scenarios such as meeting, discussion report, press release, lecture lecture, multimedia teaching and training, and entertainment movie playback. It is similar to the performance stage lighting design, but there are certain differences. The multifunctional hall pays more attention to the brightness, and the stage pays more attention to the performance effect.

The stage surface light of the multi-function hall generally adopts key projection, because it is usually used for meetings, reports, lectures, and training, so it is necessary to strengthen the lighting of these key areas. At the same time, it is necessary to consider the size and distance of the multi-function hall for light projection and lighting, to ensure that the effect of surface light projection is achieved, the illuminance is bright enough, the light spots are even and soft, and the people's faces are illuminated clearly and shiny.

2. Stage top light and backlight design of the multifunctional hall

The ceiling light of the stage of the multifunctional hall is set above the ceiling. There is a ceiling light every 1.2M-2.0M. The first ceiling light and the surface light are connected to illuminate the main performance area. When connecting, pay attention to the height of the characters. You can use the first ceiling light. The position is used as a fixed-point light, and some lamps are selected to enhance the lighting of the fulcrum of the performance area; the second to seventh channels can be projected directly behind the stage according to the plot needs, can also be projected vertically downward, or can be projected forward as a backlight; Illumination of stage character modeling and scenery space. The front and rear rows of lights are connected to make the stage performance area obtain a more uniform color and brightness.

3. Design of side light on stage in multifunctional hall

The shooting distance of the side light of the multifunctional hall stage is from near to far, and the projection angle is from near to far. There are many changes. The modeling light from one or both sides can emphasize and highlight the contour of the side, suitable for embossing, characters, etc. It has the effect of volume. Unilateral light can show a stronger effect of yin and yang. The double-side light can express the plywood light with individual characteristics, but the light ratio of the front auxiliary light and the side light needs to be adjusted to obtain a more complete modeling effect.

4. The stage slap design of the multifunctional hall 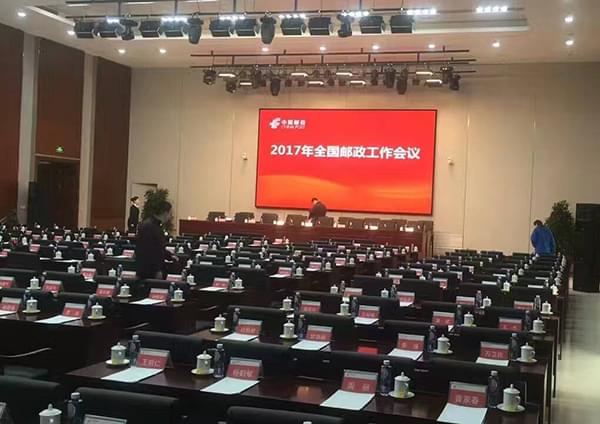 The multifunctional hall stage effect lights are used for the usual evening performances. They are mainly arranged on the overhead light poles above the stage. DMX signals are used to connect to the computer console. The projection angle, brightness, pattern change, beam size, color and other functions of the lights can be adjusted arbitrarily. , It can fully meet the changing requirements of digital computer lights in various performances. The replaceable gobo can be used to project a variety of colorful graphics and even slides. Now it is usually used for stage pattern changes and changeable beam swings. For better performances, you can simulate the real scenes of nature, and configure digital machines, snow machines, large double-wheel bubble machines, etc. on the stage.

The stage lighting design of the multi-function hall must be determined completely according to your own scene environment, lighting effect requirements, and budget. Generally speaking, you will not configure too complicated lighting, because after all, you don't need so many stage effects, as long as you meet the requirements of meeting shooting and recording and have simple performance effects lighting. "Likeshi" focuses on film and television lighting equipment, engineering customization, and stage lighting for the multifunctional hall.