The virtual studio uses the blue box as the background, and the use of virtual scenes can realize the production of a variety of program columns, which greatly saves studio space and shortens the production time of TV programs; among them, some key points should be paid attention to in the lighting design of the virtual blue box studio. The principle.

The size of the blue box must be able to meet the range requirements of the camera's push, pull and pan. For programs like news centers and small interviews, the position of the characters is basically unchanged. As long as the side panorama is not worn, the virtual blue box space can be smaller. If you are recording a variety show, not only will the characters move back and forth, but the camera will move more and more, and the changes will be greater. This requires the blue box to be relatively large. Since multiple program columns are shared, there are also multiple scenes. When designing the virtual blue box, the position and lighting requirements of other scenes must be fully considered, so that insufficient light appears during the recording of the program. 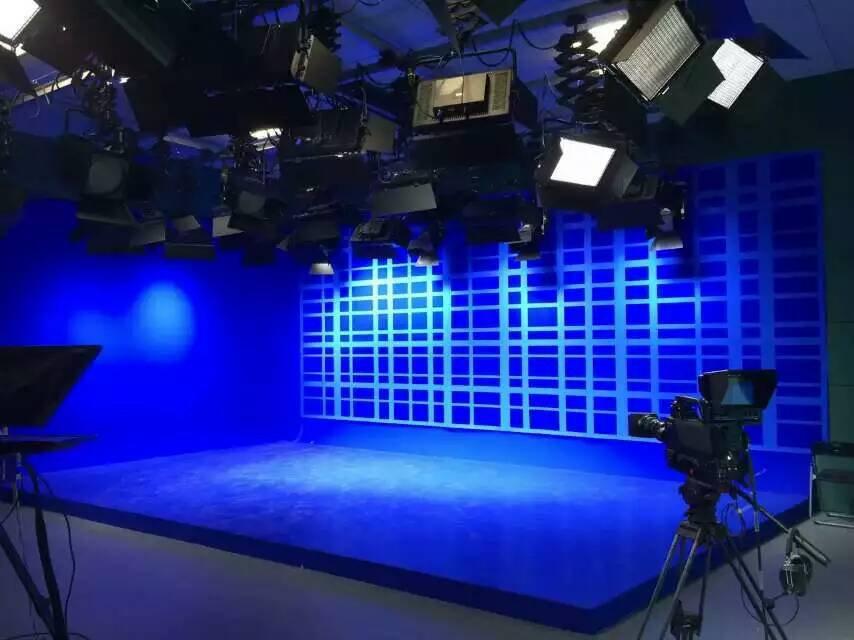 The virtual studio blue box lighting should evenly illuminate the entire virtual blue box, lighting the foreground of the characters first, and then lighting the blue box. After the foreground illuminance meets the requirements, the blue box can be filled with light to meet the video blue-cutting requirements. Note that there should be no obvious light spots or figures from the back.

The virtual studio blue box lighting cannot be lighted at three points like a traditional TV studio. Because the post-processing programs of the virtual studio need to be blue, the idea of three-dimensional lighting is necessary to eliminate the influence of blue on the characters.