NEWS DETAIL
You are here: Home » News » Industry News » What are the classifications of TV studio LED lamps?

What are the classifications of TV studio LED lamps?

What are the classifications of TV studio LED lamps?

There are many categories of TV studio LED lamps, and the titles are different, but the basic features are the same. According to habits, it is usually divided into three categories: spotlights, floodlights and effect lights. Some small TV studios can basically use spotlights and floodlights, while some large studios need to use effect lights for recording and broadcasting entertainment programs as a stage to render the atmosphere.

TV studio LED spotlights, or LED movie spotlights, LED threaded spotlights, refer to lamps that can focus the light output through signal control or manual control to produce a condensing effect. The reflection is concentrated and the local area of the stage is free through the lens. Project light, mainly used for local light projection effect.

The TV studio LED floodlight mainly refers to the LED flat soft light and the three primary color soft light. It is a kind of light fixture that relies on the diffuse reflector to produce uniform light quality effect. It is used to cover the largest possible area of lighting. It does not Set up a lens, but use a light source to direct light and reflect light from a curved reflector to make it have a directional structure, which is used for large-area auxiliary lighting. 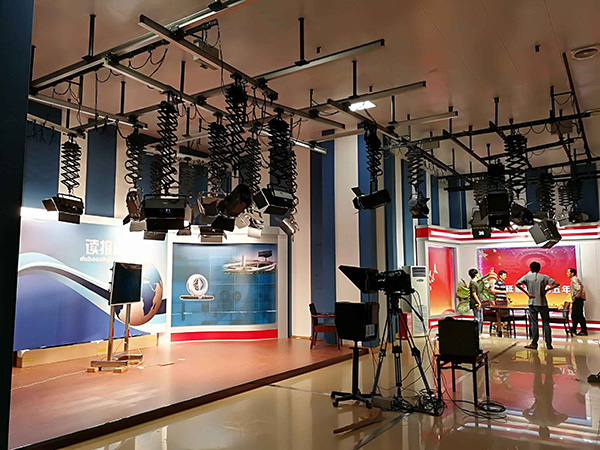 In some schools, enterprises, government agencies, county-level TV stations, studio LED lamps are different from LED lamps in large variety studios. The lamps are basically fixed and there is no change. Its characteristics are based on fixed-point lighting for characters, so there is no need to configure too much. For various types of lamps, LED spotlights and LED floodlights (LED flat soft light) can meet the demand. VanGaa focuses on studio lighting, produces and sells studio LED lamps.