Most of the lights used in the banquet hall are moving head beam lights and LED par lights. If the combination of these two lights works well, the effect is very obvious. I often encounter videographers who say that when the newcomer is on the scene, shaking his head to make a pattern, the effect of the photo is too messy, and it feels unattractive. The color of the LED par light is too large and the face is not clear. How should the newcomer do the par light when they are on the court? The effect and the effect of moving head light?

First of all, the moving head beam light can be placed behind or on both sides of the stage. As long as it does not sweep the face of the newcomer, the pattern will not affect the effect of the shot. LED par light is better for dyeing, and LED spotlight can be used for surface light.

If the moving head beam light is placed in front of the stage, and the newcomer is on the stage, don’t go to the stage, it’s OK. Try to avoid using red LED par lights. If the portrait effect is not good, the performance can be used in full color. For more detailed information about the lighting layout of the banquet hall: +86 159 4961 0761 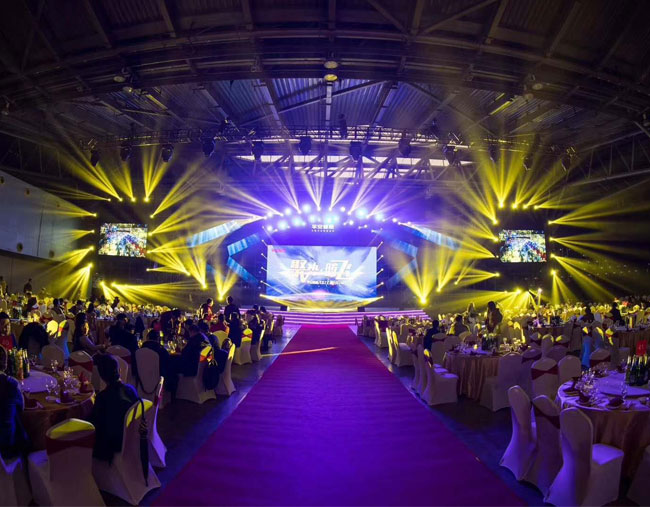 Vangaa lighting focuses on the lighting configuration of the banquet hall, entered the stage lighting in 2004, and has 13 years of industry experience and technology precipitation. Provide free technical guidance for light bitmaps, system diagrams, effect diagrams, lighting configuration, appointments for installation, commissioning, and training qualifications, four major systems, CE, ROHS, and test reports. We uphold the behavioral philosophy of continuous improvement, attitude, and teamwork, and respect every penny and trust of our customers.