Encyclopedia of commonly used lamp positions for stage lighting configuration, teach you to know every light

1. Surface light: The light projected from the top of the audience to the stage, the main function is to illuminate the front of the characters and the basic light of the whole stage.

2. Slap: Located on both sides of the proscenium, the light projected obliquely on the stage is divided into upper and lower layers. The main auxiliary surface light is to strengthen the facial lighting and increase the three-dimensional sense of the characters and scenery.

3. Pillar light (also known as side light): The light projected from both sides of the proscenium is mainly used to illuminate the two sides of people or scenery to increase the sense of three-dimensionality and contour.

5. Backlight: The light projected from the reverse direction of the stage (such as the top light, bridge light, etc.) can outline the outline of characters and scenery, enhance the sense of three-dimensionality and transparency, and can also be used as a specific light source.

6. Bridge light: The light projected on the stage at the flyovers on both sides of the stage is mainly used to assist the column light to enhance the three-dimensional feeling, and also used for other light positions inconvenient projection positions, and can also be used as a specific light source.

7. Foot light: The light projected from the platform in front of the stage to the stage mainly assists in surface lighting and eliminates the shadows formed by the faces and jaws of the characters illuminated by the high-level lighting such as the surface light.

10. Follow the light: The light position needed from the auditorium or other positions is mainly used to track the performance of the actor or highlight a specific light, and also used for the host. It is the close-up pen of the stage art and plays the role of finishing touch. 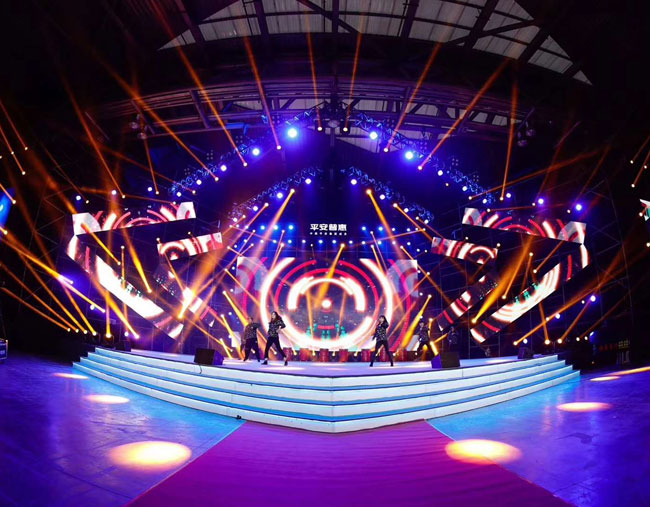